over 4 years ago in Dev and Retro engine by luke

Since i’m using fixed point math (Q20.12) in the physics engine and some other places to keep things deterministic i had some issues with keeping all the calculations in the range −524288 to 524798.999. This range seems like a lot, but belive me, it’s not…

The solution for the limited range in the physics engine is to introduce world streaming tech. World is divided into chunks, each chunk has it’s own physics system and keeps all the positions relative to that chunk. Bodies can collide inside of the same chunk along with the chunks that are adjacent to that chunk. While comparing/colliding bodies that are in two separate, but adjacent chunks you just shift them to the same origin and BOOM – NO MORE MULTIPLICATION OVERFLOWS!

Similar solution is used with floats due to limited precision far from the origin. You can read more about this issue in paper called Using a Floating Origin to Improve Fidelity and Performance of
Large, Distributed Virtual Worlds by Chris Thorne.

over 4 years ago in Dev, News and Retro engine by luke 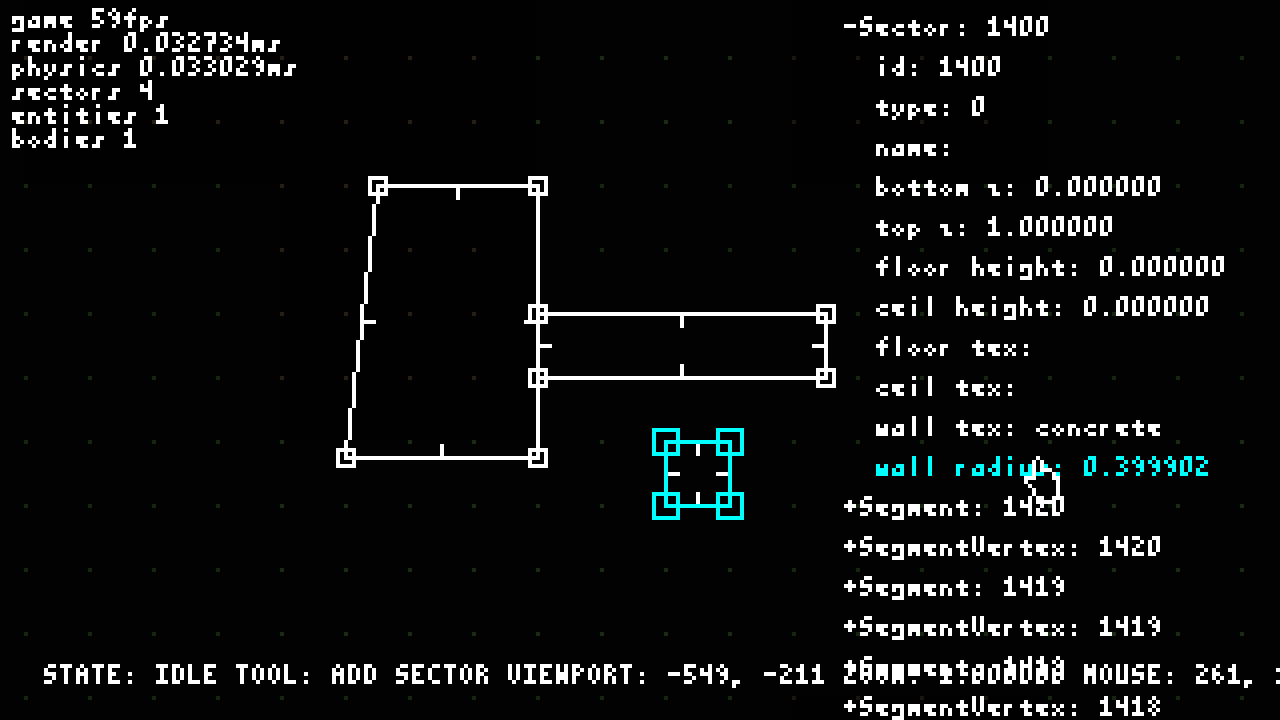 over 4 years ago in Inspire by luke

I was always fascinated by people who are considered completely normal, because I find them the weirdest of all.
Johnny Depp

over 4 years ago in Dev, News and Retro engine by luke

I have been fascinated by the old school id tech engines (DooM, Quake 1) and always wanted to make something similar in spirit for that age. I sat down 3 years ago (yeah, shit takes time) and started crafting my doom-quake love hybrid.